Alternative Medicine for the Pandemic 💉

Are you perplexed about what to do with the health challenge around the world and mixed information around it that we're all faced with these days (if you read from sources outside of mainstream media)? In the beginning it is like trying to see though a muddy swamp and I am still working on figuring out what is true and good, but I am hopeful because I see a ray of hope in all the confusion! What I'm referring to is an antiparasitic drug you may have heard about called Ivermectin.

Below the following paragraphs I'm attaching a photo linked to amazing graphs of how Ivermectin has made a remarkable difference in areas around the world where it was widely distributed and shown to significantly decrease both cases and deaths of [C]. (I have to abbreviate the real name of [C] because my email could go to your spam box due to censorship). For example, "The government of the state of Alto Parana (blue) launched an ivermectin distribution campaign in early September. Although the campaign was officially described as a “de-worming” program, this was interpreted as a guise by the regions governor to avoid reprimand or conflict with the National Ministry of Health that recommended against use of ivermectin to treat COVID-19 in Paraguay. The program began with a distribution of 30,000 boxes of ivermectin and by October 15 there were very few cases left in the state."

You can also see even more at the FLCCC website on additional epidemiological studies in Peru, Mexico, Argentina and Brazil.

I also have friends who have used Ivermectin with success! One friend had gone to the ER due to extreme pain before being diagnosed with [C]; then I sent her the number of a doctor who was able to prescribe it to her, she had a phone consult with the doctor, picked the medication up from a pharmacy and was feeling much better and back to work in 2-3 days!

According to the authors of a peer-reviewed article in the Journal of Drugs and Dermatology, Ivermectin has a long safety record as it's been prescribed for over 30 years and "continues to provide a high margin of safety for a growing number of indications based on its anti-parasitic and anti-inflammatory activities."

However, there are some safety and efficacy concerns with this treatment to be aware of, so do not take it without consulting a medical doctor!

Precautions should be taken in taking it long-term due to resistance - it may not be best to use it over long periods of time as it may have reduced efficacy. (Reference article: Current therapeutic applications and pharmacokinetic modulations of ivermectin)

If a person's DNA has a deletion mutation in the MDR1 gene it may enable the drug to cross the blood-brain barrier and cause neurological effects. This most often occurs in dogs (you can search it on PubMed) but there is one article in which the author cautions about this gene mutation in humans as a possible cause of negative side effects. I found several resources for testing a dogs' blood or cheek swab test for the gene mutation for $60 and nothing for humans, but since it's easy to get the test in dogs I imagine it shouldn't be a problem to test in humans with a doctor's order. This does not appear to be a common practice however as I have never heard of this mentioned by FLCCC . Ivermectin has such a long history of safety, so if you wanted to pursue it I would recommend talking to your doctor about it. Also, do not bypass a medical doctor and get the animal form of the medication. It is reported that some people have died taking the animal form.

The most risk I've found is in treating onchocerciasis, in which Safety of high-dose ivermectin: a systematic review and meta-analysis (2020) "Organ system involvement only showed an increase in ocular events in the higher-dose group in one trial for the treatment of onchocerciasis, all of them transient and mild to moderate in intensity." (This we knew from the article mentioned above discussing the MDR-1 gene.)

This study also came up in my research after my initial publication of this blog post (which I'm updating): Analysis of severe adverse effects following community-based ivermectin treatment in the Democratic Republic of Congo

Last of the precautions, Ivermectin may interact with some medications. The pharmaceutical reference standard Lexicomp states that the only medications contra­indicated for use with ivermectin are anti-tuberculosis and cholera vaccines; the anticoagulant warfarin would also require dose monitoring. Ivermectin may be used under supervision in people on immune suppressing drugs to measure the level of those drugs in the blood as they can increase or decrease with Ivermectin treatment. A longer list of drug interactions can be found on the database www.drugs.com/ivermectin.html and you can find answers to many frequently asked questions on the FAQs page of the FLCCC, the Front Line [C] Critical Care Alliance, a 501(c)(3) nonprofit "for the charitable purpose of educating medical professionals and the public in safe and effective ways to prevent and treat [C]."

Ivermectin appears to be much safer than vaccines with much fewer adverse reactions reported following administration. It's not hard to find dozens, actually hundreds and thousands, of reports of adverse events after the COVID vaccines (COVID-19 Vaccine Side Effects Facebook group).

Safety, tolerability, and pharmacokinetics of escalating high doses of ivermectin in healthy adult subjects (2002) This clinical trial tested a small number of people (68) but they tested it at 10 times the FDA approved dose and there was no difference in reactions between Ivermectin and placebo. "Adverse experiences were similar between ivermectin and placebo and did not increase with dose."

Some people are wary of not having long-term, large, prospective, randomized controlled trials on COVID-19. However, We may not be able to wait until large clinical trials are completed. Isolation is a terrible thing that can lead to greater risk of mortality including worse mental and cardiovascular health outcomes. Depressive symptoms were correlated with feelings of loneliness.

There is also a short 8-minute video that the put together with testimonies from 17 doctors from the US and abroad about their confidence in the safety and efficacy of Ivermectin as a treatment, as well as their frustration with the medical establishment's slow acceptance (or rejection) of this treatment, understandably so. It's not spoken about in mainstream media! I left messages with as many doctors' offices below as had answering machines or services and hope to hear back from them soon as to whether they would be able to prescribe Ivermectin to you or I (they weren't open because it's the weekend) for treatment or prophylactically in special cases such as to prevent getting [C] if a person has a compromised immune system or is in close contact with someone who does. I will update the information on the doctors resource page of my website as I'm able. The following is a list of the medical doctors in the video: Paul E. Marik, M.D., FCCM, FCCP – Norfolk, VA Bruce Boros, MD – Key West, FL Keith Berkowitz, MD MBA - NY, NY Eric Osgood, MD - Trenton, NJ Colleen Aldous, PhD - Durham, South Africa Alexis Lieberman, MD – Philadelphia, PA Randy Grellner, DO – Cushing, OK Jackie Stone, MD – Harare Zimbabwe Syed Haider, MD – Asheville, NC Fred Wagshul, MD – Dayton, OH William Crevier, MD – Orland Park, IL Arezo Fathie, MD – Las Vegas, Nevada Bruce Patterson, MD – Palo Alto, California Miguel Antonatos, MD – Chicago, IL Matt Erickson, MD – Gainesville, FL Ram Yogendra, MD – Pawtucket, RI Tess Lawrie – MBBCH, PhD – Bath, UK Here is the link to the complete document I created on Google Drive with all the doctors' names in the video and most of their contact information: https://docs.google.com/document/d/1JUK7MdozVzM3HD_TSYEWqfu2Eggh3LSs2xR7f5thv8A/edit?usp=sharing If none of the doctors above are local or available to you, there are over 300 other doctors who prescribe Ivermectin in the US around the world (alphabetized by country): https://covid19criticalcare.com/network-support/the-flccc-alliance/ If you'd like to be able to communicate and share reliable information about this treatment protocol with your doctor to see if she/he would prescribe it to you, you can go to this page for papers to print out with more information: https://covid19criticalcare.com/guide-for-this-website/take-action-and-share-the-infos-with-your-doctor/ I also called my local CVS to see how much Ivermectin would cost out of pocket. The pharmacist quoted $248.99 for 117g of 0.5% lotion and $566.99 for 45g of 1.0% lotion. Yikes! However... The pharmacist told me GoodRx.com has coupons for 3mg tablets, which would be just $17 at my pharmacy and she said they would accept the coupon if/when I brought in a prescription. Yay! There are additional recommendations for prevention and early treatment on the FLCCC website that will be updated as more information becomes available, as well as recommendations for people already in the hospital with later stages of the virus. You can take a look at FLCCC's YouTube playlist dedicated to testimonials to see several people's real world experiences on the protocol. I hope that all wasn't too confusing for you. Please let me know if you have any questions and I'll do my best to clarify anything.

Now, changing gears back to cancer, and a reminder... If you haven't yet, make sure you're signed up for and watching the Final Chapter of The Truth About Cancer's Quest for the Cures!! I am sad to think that this is the last docu-series TTAC is producing, but very grateful for the hard work they've put into researching helpful cancer treatments and doctors! As always, use an investigator's mindset when listening to this or anything else. You're smart, you can make sense of it all! Ask a friend if you need help sifting through the information, or if you'd like to work together with me to figure out your healing journey, I'm also here to help! Just hit email me at contact@baileyobrien.com and let me know! My story will also be airing on the last night of the docu-series on April 29th. Many blessings to you and those you care about, Bailey Red Sea Road by Ellie Holcomb 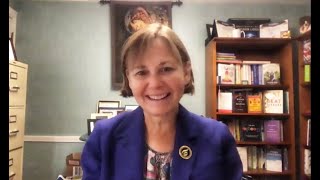 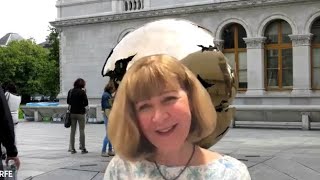 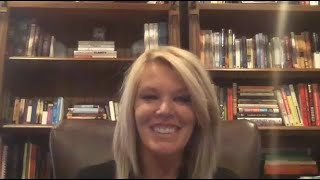 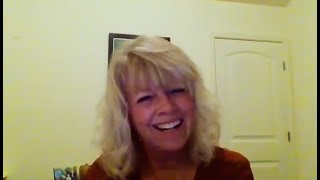 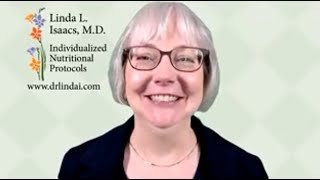